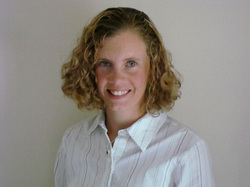 Mrs. Amanda Buchholz is the band director at North Oldham High School in Goshen, KY.  She has been here since the fall of 2011.  Under her direction, the NOHS Marching Band has consistently qualified for semifinals, placed an all-time high of 7th at 4A State Semifinals, and received multiple distinguished ratings.  The NOHS Symphonic & Concert Bands have consistently received distinguished ratings at KMEA District 5 Concert Band Festival and at state festival.  She also teaches the Advanced Percussion Ensemble, Percussion Ensemble, and AP Music Theory.  The percussion ensembles have received straight distinguished ratings at Solo & Ensemble festival every year and the Advanced Percussion Ensemble performed at the KMEA Virtual Conference in 2021.  The Advanced Percussion Ensemble and the Saxophone Ensemble performed at the KMEA Conference in 2022.  She has placed several students into the All-District and All-State ensembles year after year, as many as 8 into All-State and 24 into All-District.  Her ensembles have performed in Orlando, FL, Chicago, IL, Atlanta, GA, St. Louis, MO, and New Orleans, LA as well as across the state of Kentucky.  Mrs. Buchholz was North Oldham High School's Teacher of the Year in 2017 and KMEA District 5's High School Teacher of the Year in 2021-2022.

Previously Mrs. Buchholz was the elementary piano teacher in Letcher County Schools, where she taught over 260 third graders at seven different elementary schools.  For the three years prior, she was the assistant marching band director and private lessons instructor at Henry County High School.  Under her direction, the HCHS Marching Band consistently qualified for semi-finals, received class champion trophies at various competitions and a distinguished rating at state quarterfinals.

Mrs. Buchholz holds a Bachelors of Music and Masters of Arts in Teaching from the University of Louisville.  Upon entering UofL, Mrs. Buchholz was awarded a Provost Hallmark Scholarship, the highest in-state scholarship award.  She performed with the University Wind Ensemble for several years, including in such venues as Carnegie Hall in New York City and the WASBE (World Association of Symphonic Bands and Ensembles) conference in Killarney, Ireland.  She also co-directed the University of Louisville Community Band.  Mrs. Buchholz graduated with high honors and was awarded the Senior Award for Academic Achievement.

Mrs. Buchholz currently resides in Prospect with her husband Andy, son Isaac, and dog Sadie.  Her first son, Mark, passed away at 19-months old to SUDC, and her second son, Evan, passed away just shy of 4 months old to a genetic heart condition.  The Mark & Evan Buchholz Scholarship was created in their memory.